Female Engineers: Too Fit For The Role 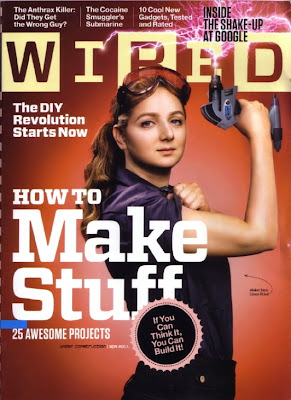 
I’ve been working as an engineer for a year and a half now - since I graduated - and I love it. I’m lucky enough to work for a great company with a relatively high proportion of intelligent, motivated women for role models. But when a site-based role came up a couple of months ago and was offered to me, I umm-ed and ahh-ed about accepting, despite site roles being coveted in my company (they are considered the best/only way to get the essential experience needed to progress).
I aired my concerns to my manager: is it worth the hassle? Won’t I face discrimination and harassment for being young and female?
“No, no,” he assured me, with all the confidence and bewilderment of someone who has never in their life had to consider this question.
A few months later and I can tell you he was very, very wrong.
Think back to the last time you were cat-called at from a building site as you walked past it. Now imagine walking back and forth past that site for 8 hours a day, 5 days a week, and you have a good approximation of my life. Working on a construction site is brilliant in terms of how much you can learn as an engineer - but the sexism I face is, in a word, exhausting.


On my very first day I received an email sent to me by mistake from the man in charge of the whole operation, asking his mate if I was ‘fit’ (I can only assume the intricacies of replying/forwarding emails elude him, despite being responsible for a multi-million-pound construction project). This pretty much solidified my worst fears: that the first thing I was to be judged on in my new role was my appearance, rather than my competence, since I’m pretty sure he didn’t mean ‘fit for the role’ (and FYI, no-one looks good in high vis orange) - but of course I was advised by everyone to ‘laugh it off’. I was forbidden to reply by my boss, who instead replied on my behalf telling him how ‘upset’ it had made me and how I ‘wished to be spared any reminder of the incident’. GREAT. So glad you have my back, bro. Just a shame that you had my back in that ‘taking away your voice and speaking for you’ way so beloved of complete jerks.


An example of the sort of dialogue that follows me around during my day-to-day tasks at work: I’m frequently asked to expose myself (‘Get your rat out’ is a particular favourite. I’ve been informed it’s Scouse slang, and that apparently, if we were on a southern site they’d be yelling, ‘Get your gammon out’. The mind boggles.) And I think I can now say with a degree of certainty that the consensus is that, yes, most of them would probably fuck me (‘I’d do her’ is reiterated with astounding frequency). This sort of constant commentary is absolutely detrimental to my work; most of the time, it feels like being an attraction in the zoo.


Last week I was out inspecting some welds when a welder stopped me and asked me what a lovely girl like me was doing in a place like this – ‘and not in the kitchen’, while his clearly enlightened mates buckled over at the sheer hilarity of the joke. My retort - ‘Isn’t it crazy, next they’ll be giving us the vote!’ - I suspect was lost on him during his interspersal of ‘cooking and cleaning’ mimes with demonstrably more vulgar gestures.


Meanwhile, despite the fact that I am fully inducted and have a massive label on a highly conspicuous hard hat to prove it, I was stopped by a supervisor the other day who asked what I was doing ‘out here, all on my own’.


On the more bizarre side, someone once sang ‘Isn’t she lovely?’ at me from a scaffold and someone else offered me a bite of his chocolate as I crawled through a boiler (I declined).


It baffles me. If you didn’t know better you’d think that outside of work these men are kept in a woman-less vacuum located somewhere in the 1950s. But they must leave at some point and see wives/daughters/sisters/mothers/random women in the street etc, in the real world, right? Seeing a woman can’t be that much of a special event in their lives, surely? Or is that not the point at all? Is the point less about novelty or even sex, and much more about straightforward intimidation?


What’s even more depressing is that I know now the men in my company discuss the harassment that I face on-site when I’m not there (I have a secret ally who I occasionally ply with cocktails and he tells me things he shouldn’t). They discuss the best way for them to deal with people hollering at me when they are with me (should they intervene on my behalf? Would that make the situation worse?) But, strangely, the one idea that has never occurred to anyone is to discuss it with me. In fact, whenever extreme frustration causes me to bring it up in the workplace, everyone looks a bit uncomfortable, rolls their eyes and changes the subject.


The sexism within this direct company is more insidious. One colleague apologises directly to me every time he swears in my presence. This has the unwanted side effect of adding HOURS onto meetings of a particularly heated nature – and, I hope goes without saying, is entirely unnecessary.


I thought twice about publishing this article, because I’m aware that it could put off a cohort of lady-engineers (otherwise known as, y’know, engineers) which is so desperately needed. A fuckton of girls in hard hats, to the point that it’s not a comment worthy sight any more, is my vision of the Engineering Utopia. But for now, a construction site is a strange peek back in time into a workplace with no woman.
As for the man in charge who sent an email asking his friend if I was ‘fit’, I actually ignored my boss and did send my own reply - a sarcastic offer of tuition in the ancient and complex art of the email - only for him to respond with, ‘Touche. I very much look forward to our first meeting’, which made me want to scrub my skin off. Did he think that we were FLIRTING?! Is that what he thinks this is?! Amongst all the obvious personality flaws, he also has a small badger growing on his chin.


And I’ll be damned if a man with a bad attitude and an anthropomorphic chin is going to prevent me from doing any job whatsoever.