Making the Choice to be Beautiful 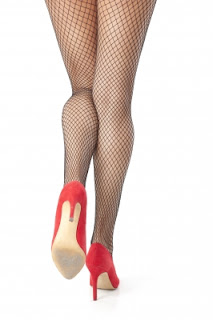 For twelve years, I was pretty much a little boy. Then suddenly, I had breasts - and immediately, I was expected to lock them up in a bra (pretty much a token nod toward social acceptance, considering that they weren’t exactly falling over my shoulder as I ran, and still aren’t.)

BAM - suddenly my vagina existed, which had basically never occurred to me but now had to because I was bleeding profusely from it. And people were telling me to stick tiny little cylindrical cotton buds up it to stop that happening. What the fuck?

Just as I was reeling from the pure oddity of all of this, I started getting body hair and being told that it had to come out immediately. Thus followed two years of ritualistic masochism, ranging from eyebrow threading to bikini waxing to armpit shaving to ankle epilation. A mysterious world of popping Paracetamol before heading to the beauty salon opened up before me, beckoning me, siren-like, with a song and sending me away with compulsions towards suicide.

The stress of bra-fitting, tampon insertion, and endless hair-related obsession sent my cortisol levels into overdrive, and I got zits. Straightforward spot cream wasn’t enough - I had to source the perfect oil-balancing, thick-enough-to-pretend-I-don’t-have-acne-but-thin-enough-to-not-be-that-girl foundation, which, it turned out, had to be paired up with the perfect concealer and the perfect blusher to reinstate natural-looking structure to my suddenly flattened face.

Needless to say, my hair had got thicker and more unruly in my old age, so I had to invest in a room full of expensive products and the best straighteners. Because I was 14, I paid attention when Mizz magazine told me that flat hair was in, and then curly was. Gone were the days when I ran a hairbrush through whatever grew out of my head and threw on a T-shirt - people basically openly vomited if I wore what I wanted and didn’t invest in a Proper Hairstyle.

Then the day came that I stopped eating candy because I was watching my figure (‘heroin chic’ was in.) The boys at school had only just stopped saying ‘would you wear a hat if you didn’t have a head?’ and then pinging my bra strap pointedly, but now my curves were sort of too big and kept breaking the zips on my high-waisted jeans. When I refused that first chocolate chip cookie in lieu of a salad and an empty stomach, I knew that childhood was definitely over.

So here I am, a fairly normal-looking twentysomething girl-woman with a pair of GHDs, an eyeliner correction pen, a vial of tea tree oil, and a set of lavender-scented home waxing strips. As soon as I realised that they were basically my own tools of self-oppression, did I cast them away and declare myself out? Of course not. This is just the story of every teenage girl. I’m a reluctant convert to carrying tweezers around in my handbag and wearing shoes that you can’t run in and curling your eyelashes with a contraption that would look more at home in a dental surgery or a torture chamber. Cosmopolitan and Grazia snap at my heels every time I walk into Superdrug, reminding me ever-so-slyly that I need blemish cream and primer and whatever the hell else is in vogue because GUESS WHAT, the playing field has re-levelled itself even more unfairly and now you have to look ten times more beautiful than yesterday to even be able to qualify for a minimum wage job in KFC.

I fell for this culture hook, line and sinker when I was twelve years old, and now I’m bonded to it inextricably. I wear heels to work and 'top up' my lipgloss and own a push-up bra and Spanx. Deep down, I’m sometimes unforgiving towards other women when they don’t adhere to this ridiculous policy. And before I apply my Chanel mascara in the bathroom mirror and slip on my five inch heels in the morning, I know that I’m making a bonafide choice to wear these accessories, to pour myself into increasingly uncomfortable clothes, to spend more than 20% of my pay cheque on highlighting my hair.

So how come it feels like, ever since I was twelve years old, ‘choice’ was really only a technicality?